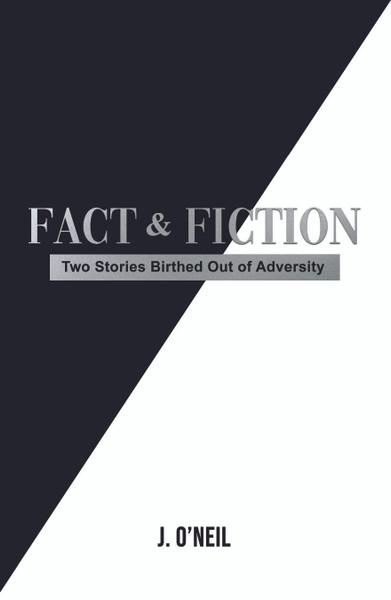 Fact &Fiction: Two Stories Birthed Out of Adversity is a two-part collaboration. The first portion of the book,”Facts”, is a partial reflection of J. O’Neil’s life during three of his most challenging years. These years cover various real-life struggles such as single parenthood, child molestation and rape, adulthood rape, substance abuse, PTSD, suicide, sexual identity crisis, and body identity issues. There’s a significant emphasis placed on God/Christianity as a coping mechanism. The second section of the book “Fiction”, is a short he wrote while trying to cope with his adulthood rape, which occurred months prior to him writing it. It covers topics of coercion, teenage pregnancy, substance abuse, suicide, human trafficking, rape, and school bullying, to name a few. We should never feel as though we are alone, nor are any of our maladaptive coping strategies foolish. Find a voice and motivation to pursue help.

In 2017, J. O’Neil started his career in the child welfare division of social work. Prior to starting this career, J. O’Neil spent some time working as a substance abuse counselor. Collectively, these careers fostered his understanding and valuing of personal perspectives and partnerships. He believes that process of change requires individuals to respect and value the set standards of others and build from there. Moreover, he believes that change occurs when various influences work complementary and cohesively with one another. As a current doctoral student, J. O’Neil spends most of his time focusing on his studies. As an optimist, J. O’Neil relies on his personal experiences, education, and faith to find something positive within society and individuals therein. When he’s not busy with school, he finds himself videogaming or browsing social media. His caring nature never escapes him as he often finds himself engaging in conversation with random individuals, if their comments present concerns or desire to have a listening ear. As you’ll see, his faith is a big part of his life. It’s the center of his being and to it he owes his life, as he’s sure he wouldn’t be alive if it wasn’t for his faith.

Story of Kicked Out Boss - eBook

Inside Out: A Story of Abuse and Ultimate Betrayal - eBook

The Memoirs of a Fallen Angel: The Wolves' Sonata - eBook