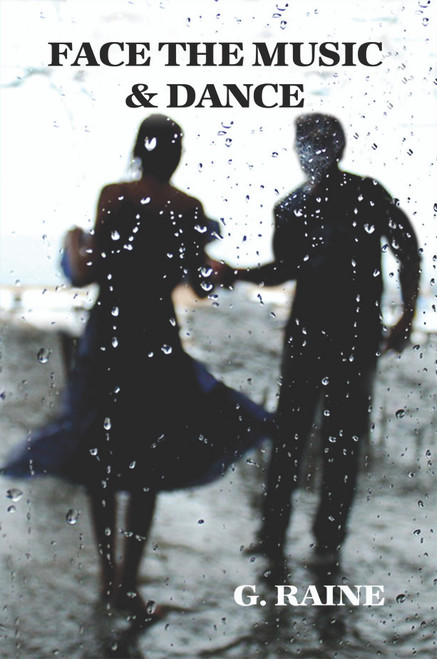 FACE THE MUSIC & DANCE IS A STIRRING ACCOUNT OF DIVORCE FOLLOWING WHAT WAS WIDELY BELIEVED TO BE AN ENDURING LOVE STORY.

THE AUTHOR CAPTURES THE LIGHT OF HER UNIQUE JOURNEY, WHILE SHE IS FACED WITH UNFORESEEN THREATS OF BETRAYAL. SINISTER ATTEMPTS BY AN INTRUDER TO DISMANTLE HER WORLD WILL UNDOUBTEDLY LEAVE THE READER STUNNED, AS IT DID FOR THOSE WHO SHARED IN HER REALITY.

WITH FAITH IN GOD AND HER PASSION FOR MUSIC AND DANCE, SHE SURVIVED TO PROVIDE AN EXTRAORDINARY EXAMPLE OF COURAGE, FORGIVENESS AND LOVE.

G. Raine grew up on Long Island feeling a strong sense of pride not only for her family with its New York roots dating back at least four generations, but also its worthy history.   So it was, on a winter day in 1966, the very day after her wedding, she left it behind. Upon landing at Phoenix’s Sky Harbor Airport, she and her new husband began their life’s journey. Possessing an innate love of aviation herself, together they were destined to share exciting challenges, especially upon his graduation from pilot training. When his commitment to the US Air Force was later fulfilled, instead of returning home to NY, fate took them further away.   San Diego became their home, as her husband resumed his flying career with a West Coast favorite, Pacific Southwest Airlines.

As a writer for their newspaper in high school and college, she hoped to continue as a journalist after graduation. Although postponing that dream for her growing family, she continued to write and was later published in a well-known New England newspaper.

Maintaining a busy life at home, she remained open to volunteer for various causes. One of her most gratifying roles was to help raise funds over a thirteen-year period for United Cerebral Palsy of San Diego. With beauty-in-a-case, representing a well-known cosmetic company, she later moved on to share a cache of life lessons encouraging women-at-risk in shelters in CA and AZ.

Acknowledging her spirit and tenacity in the face of daunting challenges following her divorce, this her first book, may prove to be one of her most notable accomplishments.

Speechless!!!!
I just finished G. Raine’s book.  My heart is pounding and my stomach is in knots.
She managed to describe every incident and feeling with such emotion, that it felt like I was there.
It was as though she performed a forensic study of the events. I found it to be tender, reflective, honest, inspirational
and gut wrenching.
I couldn’t wait to get home & finish it, once I started to read it!  It was gripping for sure...and a cautionary tale & it
made me feel proud to be a WOMAN.  It gave me confidence to know I can be on my own, if and when the time comes.
The author is a hero & I hope she breaks records selling the book!!!!
-LISA B
×

From the Heart: Unlocked & Unplugged, Vol. 1

Out of Fire and Ash