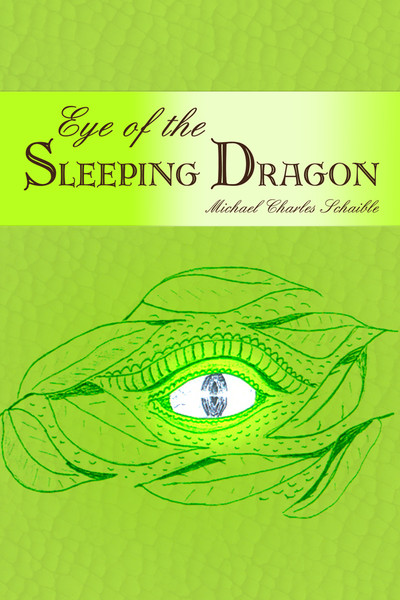 Eye of the Sleeping Dragon
by Michael Charles Schaible

Bay Wang kept turning down unwanted suitors that bargained for her marriage.

But one day, a poor gentleman broke into her father's farm to borrow a rooster, but her father accused him of stealing. Hong agreed to enter a bargain with the rich farmer to save his hand.

With Bay and a servant named Chi, Hong took the search for a magical stone called The Eye of the Sleeping Dragon. But the stone was only a part of a fable Bay's grandfather used to tell the rich farmer. Now, Hong had to either bring home The Eye or prove that the stone was unreal.

An unwanted task in the beginning turned out to be a good adventure with fantastic creatures and the wonders of the mountain.

Eye of the Sleeping Dragon, by Michael Charles Schaible, is an adventure that leads to a happy, fruitful ending.

Michael Charles Schaible is a Nebraska-born poet, writer, and former welder. He has been married to his wife, Valerie, for twenty-two years; they have one son together. Other than writing, he is also interested in arts and in science.