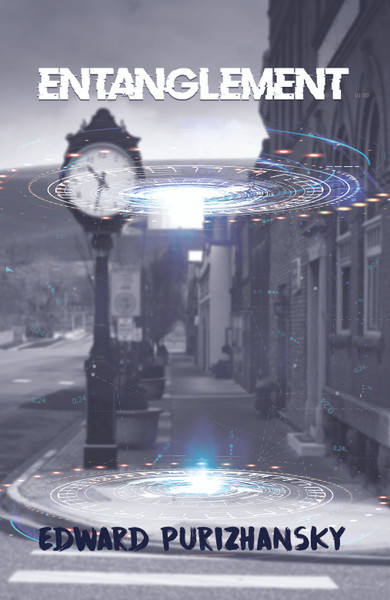 In Bridgeport, New York, a dead man mysteriously appeared in a chair in a small cornershop. Further investigation discovered his internal organs were arranged in a very unusual way, though there were no clues as to why. At the same time, a scientist known for his physics research is found dead, and another is kidnapped. Soon, it is revealed that competing foreign intelligence services, a complex futuristic device, and two enigmatic figures have something to do with these events.
Combining science fiction and mystery, Entanglement discusses the structure of space and vacuum and provokes unorthodox thinking about scientific facts, leaving the reader to decide if teleportation of complex objects is possible.

Edward Purizhansky is a professor teaching engineering at a college in New York. He has over twenty patented inventions in different areas of engineering, and he is teaching his students to appreciate science and technology. Purizhansky enjoys playing chess and traveling the world. This book is related to his interest in physics and visiting different countries.

How Could I Still Love Your Inner Demons - ebook

A Personal Search for Understanding Evolution : Sharing the same world and similar genome . . . but not the same ancestry or destiny - ebook

Messerschmitt: History, with a Twist of Fiction - eBook

Keys to the City: Chicago