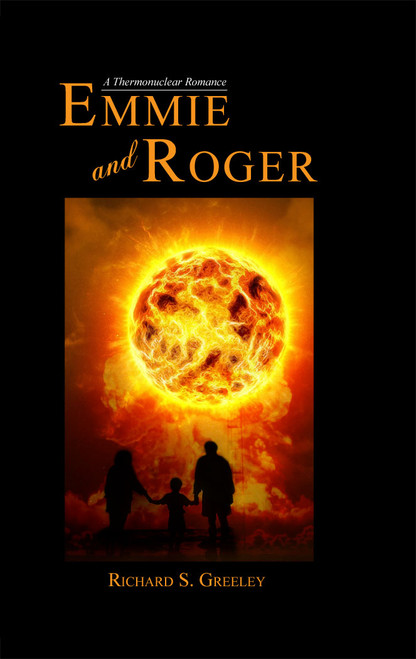 Emmie and Roger
by Richard Greeley

A couple finds love in this explosive story of thermonuclear testing and the Cuban Missile Crisis, based on historical accounts and the authors experiences.

When British math whiz Emmie Trowbridge finds herself teaching at an island school amid the Pacific Ocean, she doesnt expect to meet Roger Malcolm, the American designer of a nuclear bomb detection system. But its love at first sight for the pair, and they go on to help save the world from sure disaster.

This story is a prequel to Flight from Hanoi - Into the Terror of the Ho Chi Minh Trail, a Roger Malcolm novel based on the authors real-life interactions with Secretary of Defense Robert McNamara.

Richard S. Greeley is a retired nuclear expert who seeks solutions to global warming as a specialist in the environmental and green energy fields.

As an employee of a nonprofit research and development firm, he developed a nuclear bomb detection system and, in 1962, successfully tested it on a Pacific Ocean island where the U.S. Air Force was detonating thermonuclear weapons. He also assisted the air force during the Cuban Missile Crisis.

A veteran of the U.S. Naval Reserve, he holds a bachelors degree from Harvard University, a masters degree from Northwestern University and he has a Ph.D. in chemistry, with a minor in nuclear engineering from the University of Tennesse. A Boston native, he lives in St. Davids, Pennsylvania.

Lily of the Valley, Romance of Souls

Danger and Romance in Foreign Lands