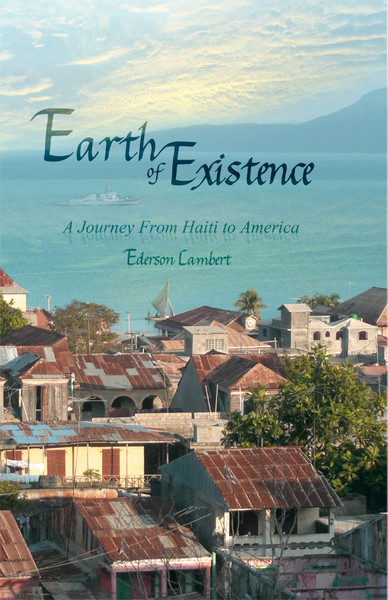 Earth of Existence: A Journey From Haiti to America
by Ederson Lambert

Earth of Existence is a poetic memoir of a child growing up with two overarching cultures of influence prodding author Ederson Lamberts existence. He was born in Haiti, lived there shortly as a child until ten, and afterward immigrated to the United States, where life took a considerable change. It was fast and it was surreal. He found himself living in a poor urban neighborhood where many struggles and obstacles would present themselves as living barriers in his life. There were joyous occasions and there were terrible ones when he felt like life was not meant living. He believes that through his faith, his personal strength, and through the people who would come to be placed in his life helped and allowed him to find the inner talent in himself and eventually the avenue that would find him on a path to a successful life. He is not a rich man, not a famous person nor an influential individual making an incredible impact on the lives of people, but he believes that his words may help someone who isnt worthy in the eyes of society to find some hope by reading these pages. Maybe his poetry will relate. Maybe his essays or the short stories of when he was down and out will help them to see that their situation is not as bad as they imagine. He may not be some prolific writer with big words to bedazzle English majors, but he knows that his words will impact someone somewhere on this Earth enough to give them hope that they too can have a voice someday.

Ederson Lambert is a U.S. Navy Veteran, currently still active. He is a big advocate for volunteer work and for education of children. He also is very passionate about the infrastructural and economic development of his birth country of Haiti. He wants a good portion of any proceeds he makes from his book to go to a few nonprofit organizations that he feels are having great impacts on young people today in the U.S. as well as abroad and in his home country of Haiti.