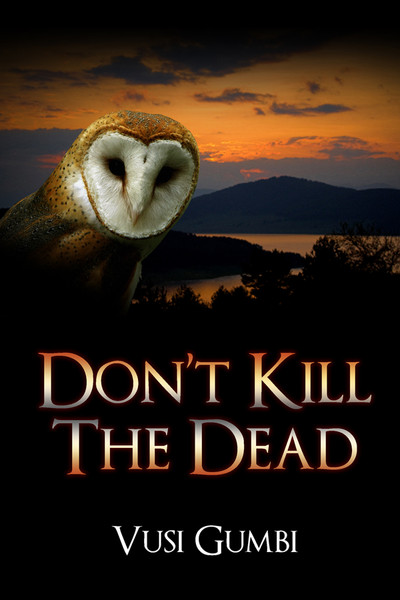 In Dont Kill the Dead, Vusi Gumbi weaves an intriguing crime story, in which the suspense builds until the very last pages.

Our main character, Detective Allison Cowes, and her partner are in search of a serial killer who has molested, brutalized, and murdered children. Allison and her brother, now an up-and-coming political figure, survived a very dire childhood, which causes Allison to become even more determined to solve these crimes.

When an associate of her brother Bennett is murdered while at his townhouse, the investigation takes a complete turn. Could these crimes somehow be connected? Allison struggles with the idea that her brother might be involved or even responsible for at least one, if not all of the deaths. Alternatively, is he the target of a sinister plot devised by his political opponent?

Gumbi has taken the whodunit narrative to the pinnacle with clues that are very subtle at first, and then reach a crescendo like a bolt from the blue, leaving the reader stunned by the outcome.

Vusi Gumbi is a native of South Africa where he lives with his wife, Nomsa Doreen, and is the father of two children, Thuthuka and Luthando.

With a bachelors degree in business administration and several certificates in civil construction, he is one of the owners of Superway Construction (Pty.) LTD. Gumbi is a fifteen-year member of the Virgin Active Squash Club and enjoys the games of squash and golf.

He credits his passion for the English language and reading the works of great authors for allowing him to hone his ability to tell a story.

Down for Yours: When Your Heart Wants a Relationship That Challenges Your Friendship, Marriage, and Loyalty, You Have to Be SureÂ