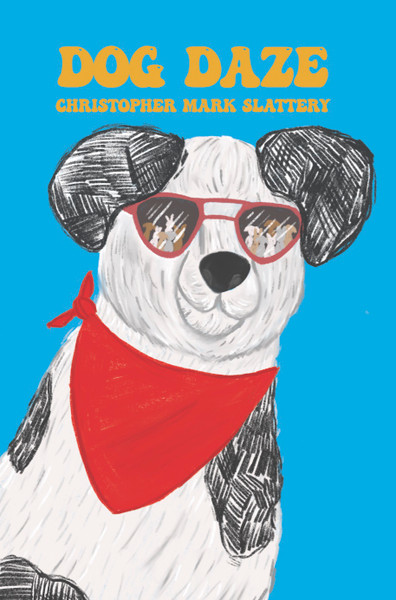 Dog Daze is a story about redemption. When Wesley Wade Williams slips into a coma following an attack by his dog Fang, he is raptured to the mysterious Land of Canine, alluded to as Sirius the Dog Star, where dogs speak fluent English and walk upright on their hind legs.

While there, Wes is subjected to an in-depth, reeducation program of which he passes with flying colors. After receiving the blessing of full spiritual redemption by the good graces of the Dog Gods, his soul is cast back to earth where he embarks on a noble crusade to end canine abuse and suffering.

A native of Massachusetts, Christopher Mark Slattery has a musical background as a drummer, lyricist, and singer, and has been a member of several bands since the age of fourteen, playing what is now deemed old-time rock and roll from the 1950s and  ‘60s. In addition to creating short serial novels, Slattery is also a poet.

Due to his sincere dedication for the cause of universal animal rights, Mr. Slattery will donate a portion of his share of the proceeds from this book to support “no-kill” animal shelters across the United States. He currently lives with his dog in Arizona.

No Pizza for Dogs - eBook

The Way of the Dog - eBook

Give the Drummer Some: Drum Line Origins in School-Daze Confunktory