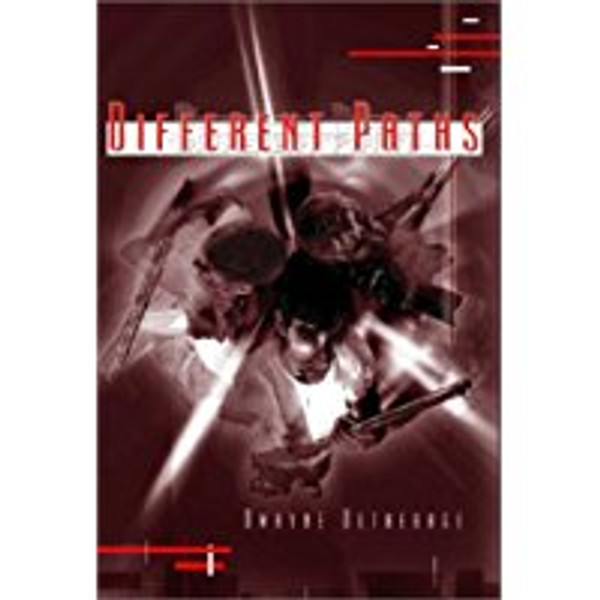 by Dwayne Detherage On the surface, Johns life appears to be a string of unfortunate events: the tragic murder of his family; a degrading life on the streets; and then, to top it off, being in the wrong place at the wrong time. He seeks shelter for the night in a seemingly abandoned warehouse. When John wakes up, he witnesses an arms and drugs deal that goes horribly wrong. In order to survive, John fights his way throughout the warehouse. A police officer arrives at the scene and fights John in the process. The officer is killed and John flees. The dead officers partner, Frank Smith, witnesses the ordeal and is in pursuit of John. As the story unfolds, Frank must give up the rules in which he was trained by joining forces with his partners alleged murderer against a bigger threat, more dangerous than humans. Different Paths is an action-packed science fiction tale that lends a surreal cast to the classic tale of the conflict between two men and their need to join together to go up against a dangerous being. In the process, John proves that a mans station in life does not represent his nature or his potential. About the Author: Dwayne Detherage says his inspiration for Different Paths, his first published book, came from action, science fiction, horror, and monster films, as well as Japanese animation. He is also an avid sports enthusiast. (2003, paperback, 84 pages)