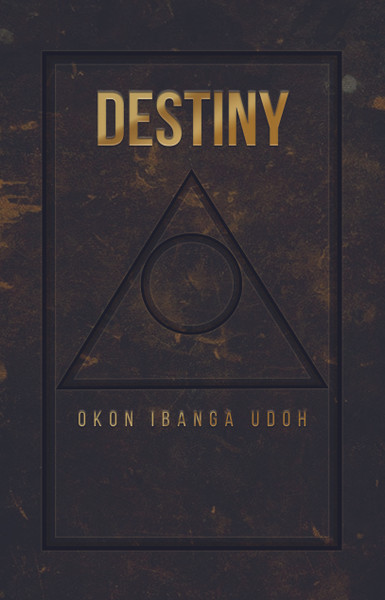 Destiny is the life story of a man who defies all obstacles to live out his dream. From the becoming a prisoner of war in the Nigerian Civil War, to finishing his education and starting his life anew in the United States, Benjamin Bassey Owen is a man who refuses to give up, even when the odds seem insurmountable. In the end, does it come down to making the right decision at the right time, or is it destiny?

Perhaps it’s a little bit of both.

Ambassador Okon Ibanga Udoh studied Political Science in the University of Ibadan in Nigeria. He later obtained a Master’s in Public Administration in Ahmadu Bello University, Zaria, in Nigeria. He also studied for a diploma in French in the University of Becanson in France. Ambassador Udoh spent more than 30 years in the Nigerian Foreign Service, where he served in many positions in the ministry and in many countries abroad including China, Egypt, Geneva and Hong Kong. He was appointed Deputy Head of Mission in Washington, D.C. and was concurrently named Ambassador and Permanent Observer to the Organization of American States (OAS), the regional organization covering Canada, the United States, South American countries, and the Caribbean. Ambassador Udoh lives in the United States with his wife, Glory, and their children and shares a close bond with his family. He has been involved in community education development through the sponsorship of individual students, and his special interest is mainly in education especially making opportunity for the under privileged. In his spare time, he enjoys listening to classical music and reading.