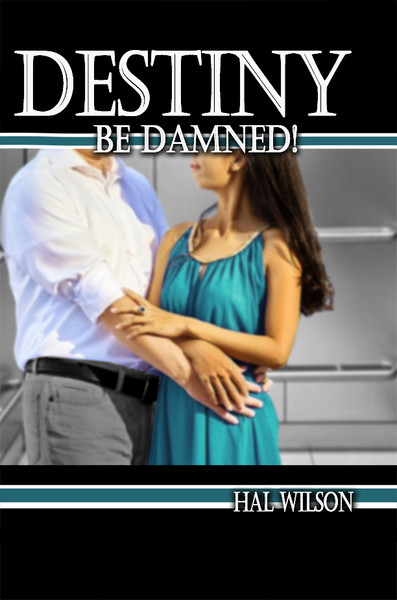 Destiny Be Dammned!
by Hal Wilson

Docker must go back to his old home in Kansas City, Missouria place he vowed never to returnto solve the death of the young daughter of a dear friend and former partner in the KCPD. Despite the many obstaclesthe new police chief hates him and the city officials are in cahoots with criminals, to name a fewDockers is determined to discover the truth, and he doesnt care whose toes he steps on in order to get there. Though he always seems to be in the wrong place at the wrong time, he will stop at nothing to find the killer; even if it lands him in jail.

Be prepared to catch an undercover glimpse of the difficulties involved in fighting crime; just remember that justice is worth whatever it takes to preserve it and keep it alive.

Hal Wilson was born during the Great Depression. His mother, who became severely handicapped with polio as a child, became a widow when Hal was just four years old. Growing up poor was tough, so when he grew up, Hal resolved never to be poor.

Hal joined the U.S. Navy when he was fifteen years old (with a slight alteration to his birth certificate) and left home to become a radioman for five and a half years during World War II. He left the Navy to go to college on the GI Bill and became an engineer, but along the way, his journey was interrupted with questions like, With so much sacrifice, why do people go to war? He began going to church and then transferred into a theological school in Chicago to become a minister, but he found out he wasnt minster material and dropped out. He did learn to write sermons, and that has helped his writing career. After some time spent rethinking what he was all about, he returned to engineering and became a licensed professional electrical engineer.

When Hal retired, he was old enough but not mentally ready for retirement. He studied poetry, meter, and rhyme. He enjoyed that work and wrote may poems, for which there was no market. He decided to write childrens poetry and wrote about a hundred short poems. Hes currently halfway through a memoir and has just begun a new crime novel that will keep him busy for some time.