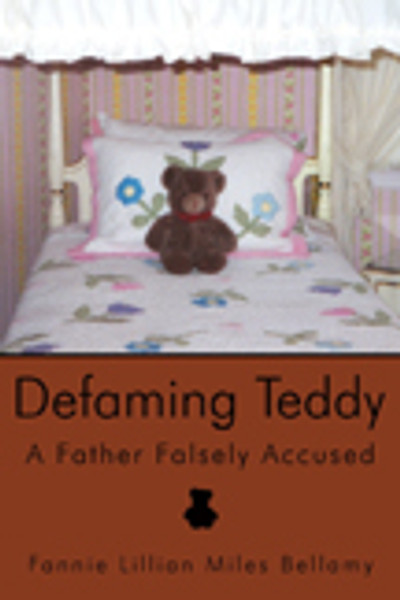 by Fannie Lillian Miles Bellamy So horrible is even the idea of child abuse that it can easily be used as a weapon to destroy ones reputation. In a court of law, one is innocent until proven guilty; however in the esteem of ones friends, family, and the community, just the opposite is often true. It is the accused who must prove himself innocent. In 1998, Janice and Kathy Porter (not their real names) falsely accused Richard Coulier of this most heinous crime of physically and sexually abusing his own daughter, Patty. The mother-daughter duo attempted to separate Richard from his son, too. Even though the allegations were preposterous, social workers and psychologists became so caught up in the drama of the Lie that they refused to see what really happened. Now, let the truth be known through Fannie Lillian Miles Bellamys words in Defaming Teddy: A Father Falsely Accused. ABOUT THE AUTHOR: Fannie Lillian Miles Bellamy was the one who analyzed court depositions and watched as lies wreaked havoc on the Coulier family, and thus was compelled to write this account to set the record straight. Mrs. Bellamy is an active traveler who enjoys photography, reading, and sewing. She is a retired member of the National Teachers Association, the Virigina Teachers Association, and the Fairfax County Teachers Association. (2004, paperback, 146 pages)