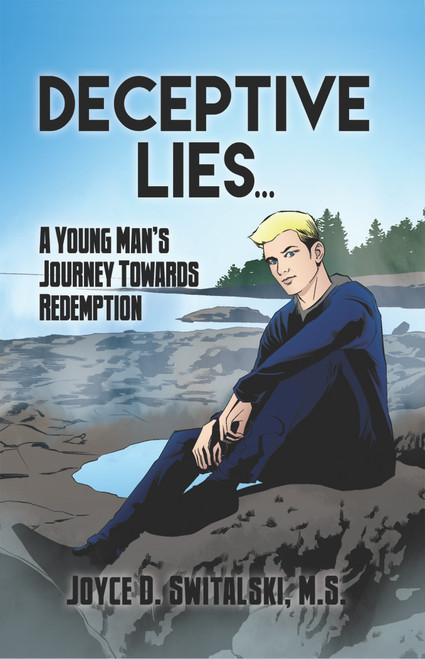 Maeve McCaffery, an Irish caregiver, was awarded estate money from a wealthy resident upon her death. While this could be life changing for her, she was instead miserable, as her client's estate planner referred a devious immigration specialist to Maeve's home care registry The specialist, Mat Turner needed money and decided to steal from Maeve's client spinning a web of deceptive lies. He insisted that Maeve comply with his request or he'll send her back to Ireland. He took more than money; he took Maeve's innocence and trust. Maeve had to flee her beloved Philadelphia, as she was carrying Mat's child...the child conceived without consent.

After moving to Maine, Maeve thought that Mat could never find her. She convinced herself that she would never be his victim again. She was wrong. Maeve saw Mat's cunning behavior in her son, Nate. She decided her son would never know Mat's identity.

Years later, Nate was told the truth; his entire life changed with that knowledge. After a heated argument with his mom, Nate was enraged and drove to Philadelphia. He wanted to find his dad. He needed his support, his love. Absorbed in intense thought, Nate didn't see the truck swerving in his direction. He felt the impact, the sound of broken glass and crushed metal.

Days later, Nate awakes in a New York Trauma Hospital. Although the blaring sounds of intensive care were piercing, Nate welcomed the soft stream of opioid drugs flowing rapidly into his distressed body. Deceptive Lies... tells the story of a young man's journey towards truth and redemption.

As an advisory council member, Switalski was appointed to Montgomery County Area on Aging from 1993-2001, serving as co-president for two years. An avid writer, she was profiled in 1978 and 1992, as "Citizen of the Week" for the Ambler Gazette, which also published her poems.

Switalski volunteers at Artman's Lutheran Home in Ambler. She also volunteered for Wissahickon and Caring Hospices. She and her husband, Tom, have three children and four grandchildren.

This is Switalski's second book having written Stolen Memories, an immigration Specialist's Worst Nightmare. (2019.) Deceptive Lies... is its sequel (2020).

Victims of Circumstance: A Young Man's Journey to Redemption - eBook

I Want a Love I Can Feel