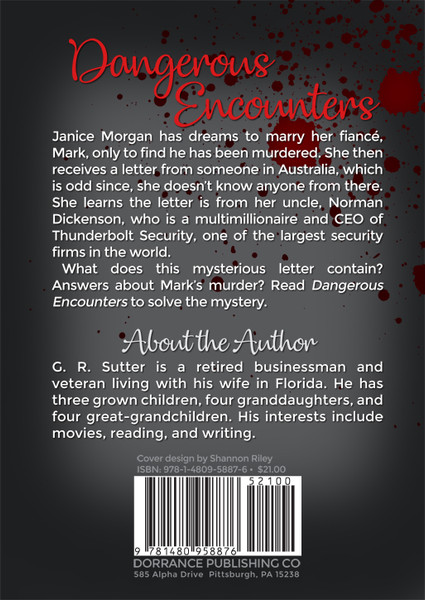 Janice Morgan has dreams to marry her fiancé, Mark, only to find he has been murdered. She then receives a letter from someone in Australia, which is odd, since she doesn’t know anyone from there. She learns the letter is from her uncle, Norman Dickenson, who is a multimillionaire and CEO of Thunderbolt Security, one of the largest security firms in the world.

What does this mysterious letter contain? Answers about Mark’s murder? Read Dangerous Encounters to solve the mystery.

G. R. Sutter is a retired businessman and veteran living with his wife in Florida. He has three grown children, four granddaughters, and four great-grandchildren. His interests include movies, reading, and writing.

Daughter of the Palms - eBook