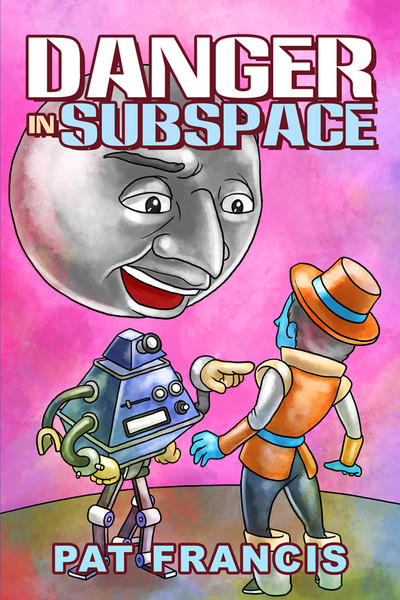 Danger in Subspace
by Pat Francis

At a cost to certain freedoms, the people of Planet Proteios have defaulted to allow robots to finally take over their society and their lives.

At about this time, Mick and his robot, Sunny, have succeeded in piercing the boundary of subspace, which enabled much faster universal travel and the colonization of worlds much farther than the already occupied independent moon and asteroid belt colonies within the Proteian solar system.

To most Proteians and their denizen robots, the discovery and the inventions it spawned seemed harmless enough. To Mick and Sunny, however, the question of what lies beyond the subspace boundary eerily rings a familiar bell. Their suspicion is pushed to the point of no return as another scientist and his group of robot sympathizers embark on an experiment to prove the duo wrong.

Danger in Subspace is an engaging exposition of the possibilitiesand often, corollariesof superstring theory with its accompanying concepts of holographic universe and multiple dimension reality.

Pat Francis loves to read science fiction and always thought of writing one, and this he did very well. His first computer quickly became a word processor more than anything else. A widower, Pat Francis is already retired.

Pollution: Concepts of Taboo in the Analysis of Danger and Purity - eBook