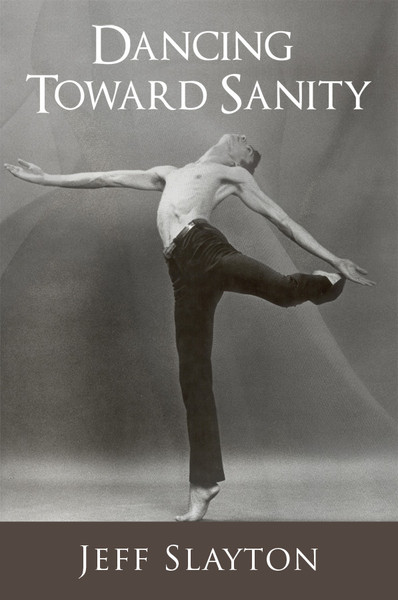 Dancing Toward Sanity
by Jeff Slayton

Jeff Slayton is a survivor of child abuse by both parents. This abuse was emotional, physical, and sexual in nature. He was raised in the Southern Baptist Church during a time when whatever went on within a familys home was not spoken about to anyone outside of the home. There were not the sources of help for abused kids like there are today.

So in order to deal with his pain, Jeff turned to alcohol. His life and his sanity were also saved through dancing. While performing, he pretended to be anyone else but himself. In his late fifties, Jeffs world came crashing down around him emotionally. With help at age fifty-seven he got sober and has remained so for ten years.

This book details Jeffs career and how it and the people around him helped him survive. It is also his attempt to give hope to others who have had or who are still going through the kinds of abuse that he suffered. He wants this book to show them they are not victims. What happened to them is not their fault, and there is hope for them to have a long and fruitful life.

Jeff Slayton has had an amazing career. He travelled all over the United States, Europe, South America, and parts of Asia, performing with two of the best-known dance companies from 1968 to 1984. He has taught in all of those countries and choreographed for soloists, companies, festivals, and university dance departments. He even ran his own dance company in Los Angeles for six years. Jeff is now retired from performing, but he still occasionally choreographs for others when asked. Reading is his passion outside of dancing, and he loves to travel to new and familiar places.

Jeff Slayton is also the author of The Prickly Rose: A Biography of Viola Farber, which he self-published through AuthorHouse and is still available in book form and eBook on Amazon.com, through Barnes & Noble, and in the online book store at AuthorHouse.com.