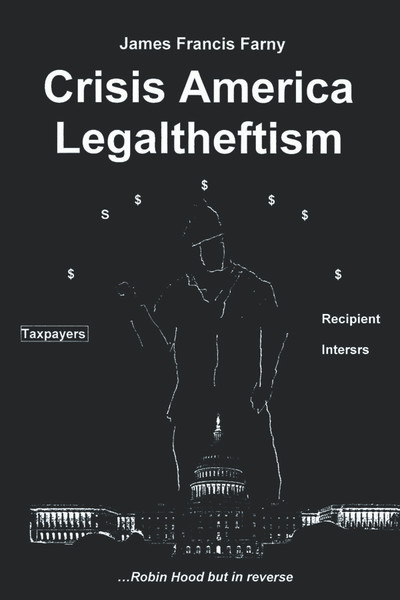 American society is being robbed. We are barely aware of it because it is put into law; it is legal. That is why James Farny coined the word legaltheftism, to describe what is legal in a particular time and place but contrary to ethical law to not steal.

Moneyed persons dominate public opinion with deceptive advertising and control policies with gifts to officials. Special interests tell us that government is evil. Government and business are both evil when they are in collusion to get rich at public expense, deplete resources, and pollute our air, soil, and water. William F. Buckley said, The future doesnt have a vote. We might add, A shortsighted present doesnt care.

The Department of Transportation budget is an example. Americans are taxed to pay for the vastly expensive Interstate Highway system for private use and air travel used largely by high-income business travelers. High-speed rail and public transit get little by comparison.

Trains can carry 1000 passengers at an energy saving of 96 percent of the energy used in their 1000 automobiles.

In school, Farny graduated from Lehigh University in chemical engineering and studied graduate-level transportation engineering and regional planning at the University of Pennsylvania. He served two years in the Army Chemical Corps.

He was process engineer, quality engineer, production supervisor, and staff engineer at Thiokol for 32 of his 42 years in industry.

Economy good or bad, one must find ones niche. In 1958, Farny lost a job. His boss said that he couldnt do it. He went to Johnson OConnor to take aptitude tests. He tested low in accounting aptitude and finger dexterity, needed in the lost job.

In two tests, Farny scored 100, namely foresight, meaning that one thinks ahead, and analytic reasoning, which has been referred to as connecting the dots. He used these abilities in his later jobs and in writing this book.

In mid-2011, Farny wrote, All Americans are at risk if we do not get peaceful reforms. A few months later, peaceful protests began outside Wall Street, New York. This book describes reasons for widespread discontent and offers remedies. Let us find fairness and demand fairness from leaders. If corruption persists, who is at fault?