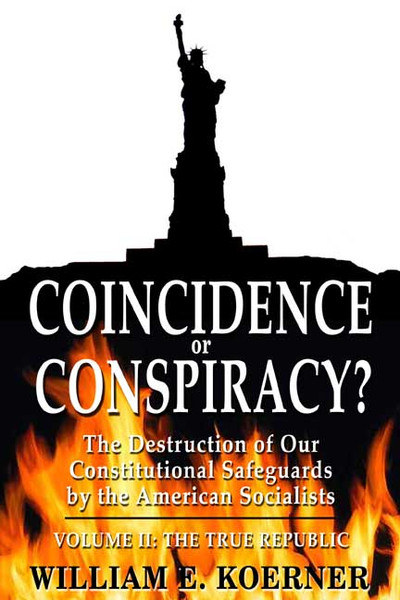 by William E. Koerner A 2005 decision by the Supreme Court essentially giving local governments the right to take private land for any use they please and effectively overturning a key clause in the Fifth Amendment has made many of us wonder: Are our rights being taken away from us, little by little, in a concerted attempt by the three branches of government to rule in collusion, disregarding the separation of powers and the checks and balances that previously forced them to limit each others powers? According to William E. Koerner, the answer is a definite yes, as he traces, step by step, the U.S. governments piecemeal dismantling of the Constitution. For example, the Second Amendment states, the right of the people to keep and bear arms shall not be infringed. So how is any gun-control law constitutional? Once, the states had state-controlled militias, but these are now the federally controlled police force: the National Guard. Then there is the myriad of unconstitutionally created agencies like OSHA and the FCC, which act as judge, jury, and executioner, robbing their victims of their right to trial by jury as guaranteed in the Seventh Amendment and leaving them no avenue of appeal. Are we slipping toward a socialist dictatorship? It is now up to us to take this nation back by asserting our God-given rights. This is the only way we will stop this destruction of our inspired Constitution and regain our true republic. ABOUT THE AUTHOR A lifetime member of the Disabled American Veterans, William E. Koerner served in the United States Army for twenty years. A retired intelligence officer and former city judge, his interests include the Vietnam War, the close study of American history and the United States Constitution, and art. A native of Wisconsin who grew up in St. Louis and has now lived in Montana for thirty-two years (P.O. Box 3897, Corvallis, Montana 59828). Koerner is also the author of The American Dream. (2006, paperback, 82 pages)

Our True Experience is Not Glorious

Memoirs of an American Buddhist in Los Angeles: Synchronicity is No Coincidence