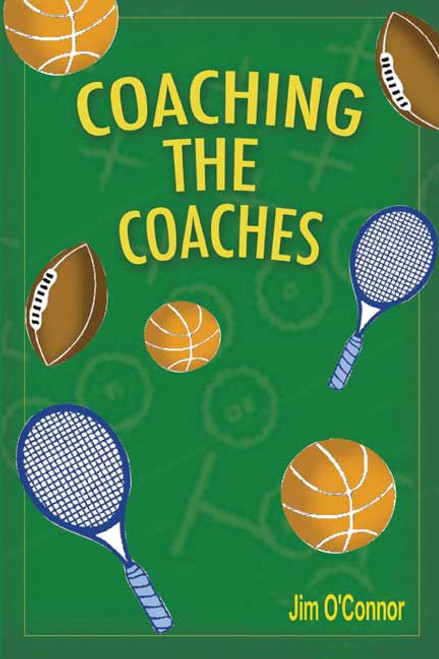 by Jim O'Connor If experience is the best teacher, then anyone involved in the profession of coaching youths will benefit from reading Coaching the Coaches. In this comprehensive handbook, Jim OConnor shares what he has learned over thirty years of working with young athletes. This book contains a whole host of valuable information, including dealing with parents, establishing a rapport with the press, and choosing the staff. More importantly, it is clear that the love OConnor has of teaching youth athletics goes well beyond what happens on the sidelines. His attitude is ever-positive, and the results he has achieved are no doubt a result of his coaching-up philosophy. OConnor believes positive reinforcement is the most effective way of getting through to kids. Coaching the Coaches means getting into the head and heart of young athletes, teaching them values that leave them well-prepared for lifes future endeavors. ABOUT THE AUTHOR Jim OConnor is a graduate of Curry College in Milton, Massachusetts, where he played basketball and baseball. He went on to earn a masters degree at University of Massachusetts Boston and has earned advance graduate certification as a director of guidance. During his nineteen years as head coach of Catholic Memorial, his team won several titles, including playing in the first-ever Massachusetts High School Super Bowl game. As director of athletics for thirty-one years, OConnor helped raise substantial sums of money for both student activities and charitable causes and was awarded by the National Football Foundation Hall of Fame. OConnor resides in Norwood, Massachusetts with his wife, Mary, and is the father of four children. (2006, paperback, 66 pages)
×

Christmas is a Gift from God

Cook With Me, Croix Holland