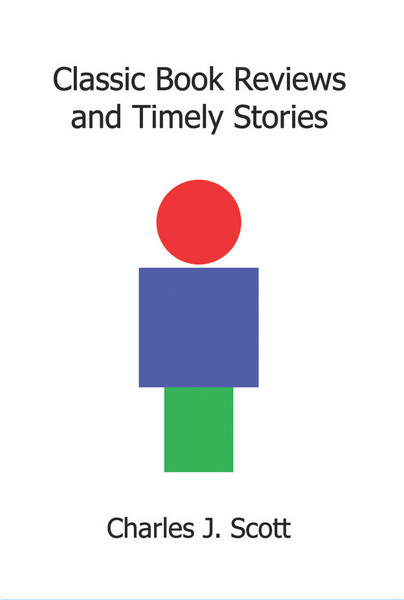 We all want to learn from perceptive, intelligent, and experienced individuals we admire so that we may live better lives ourselves. Obviously, we need good guidance and a positive influence on our thought processes for this purpose. That's why we read great books from knowledgeable sources and listen to our role models.

Because he likes to reflect on the books he has read and incorporate the favorable impressions they have made on him into his daily activities, author Charles Scott developed the habit of writing a series of book reviews and short stories to commemorate the occasion. The reviews have provided him with a diving platform, or a jumping-off point of departure, for making sound decisions and evaluating his actions. Consequently, the resulting stories represent a celebration of the life and times in which he has lived. They are meant to celebrate humanity in an otherwise uncertain world throughout the ages.

Charles J. Scott was born in Bavaria, Germany, when his father was overseas in the military after WWII. His family moved to northeastern Oklahoma in 1959. Afterwards, they moved fairly frequently. From Claremore, they moved to Oklahoma City, then Altura, Colorado, and Aurora, a rapidly growing suburb of Denver. They eventually migrated back to Craig County, Oklahoma.

Carrying on the tradition of a mobile family when he left home, the author lived in many places, having gone away to college and ultimately enlisting in the U.S. Army. He attended Washington University in St. Louis, Tulsa University, the University of Kansas in Lawrence, where he graduated with two degrees, and Harford Community College in Maryland, for an extension course. Over the years, he worked at numerous jobs and occupations, including in the roofing construction business, at the Dairy Queen and Eastern State Hospital in Vinita, Phillips Petroleum Company in Bartlesville, the U.S. Army at various posts overseas and about the United States, and the Civil Service.

Charles was a weather researcher in Panama while on active duty. Later, he became a Logistics Officer in the U.S. Army Reserves. He worked for the Internal Revenue Service in OKC, then as an Inspector for the Customs Service in Miami, Florida. Eventually, he retired while working for Homeland Security in Dallas, Texas. He presently makes his home in the Four-state region near Joplin, Missouri.

Pluto II: Voyage to the Edge of the Universe