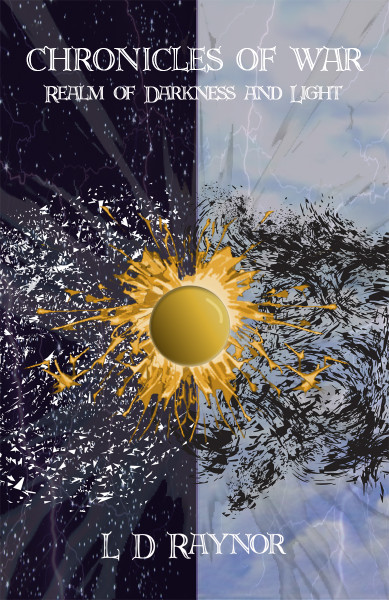 Chronicles of War: Realm of Darkness and Light
by L D Raynor

Chronicles of War: Realm of Darkness and Light continues the tale of the Horsemen and their ongoing war against Heaven and Hell. The war has spread out to all the realms in the cosmos. God soon realized that the Horsemen were no longer his main threat, as other realms began to rise up against him, most were crushed and brought back under his banner, but the more powerful realms continued to cause him great trouble. Lucifer sets his own plans in motion, bringing his elite troops into the war.

The Horsemen search for a way to break the Valkyries free from their prison, but at the same time Death is weakened by the images of the end of days. War sends her to the Reaper to get answers to these images. The rest of the Horsemen travel to the other realms, to unite them in their cause against Heaven and Hell.

New plans are put in motion. New warriors take to the field of battle. New alliances are formed. The power struggle takes on a whole new shape, as the war gets a hell of a lot bigger.

About the Author: L D Raynor is a lover of stories, comics, and manga. While this novel was originally intended to be a comic, it transformed into the story that you are holding in your hands. Raynor enjoys history and reading narratives about the past.

Out of the Darkness, Into the Light - eBook