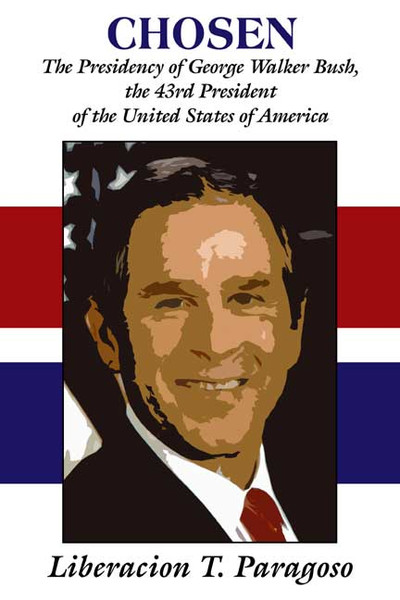 by Liberacion T. Paragoso Down through the years when crises have arisen, God has chosen common men and called them to do uncommon things. Liberacion T. Paragoso asks the question as to whether our present times could be one such occasion? Her numerological studies lead her to the conclusion that this is indeed a turning point in the affairs of mankind in general and for the United States in particular. In this fascinating book she shows us how the concatenations of numbers lead her to believe that God has chosen a leader to bring our country back to the path of righteousness and to defeat the evils of terrorism and religious fanaticism. She shows the evidence that has convinced her that George Walker Bush is that leader. Whether you agree with her conclusions or not, she advances impressive evidence which cannot be explained away. ABOUT THE AUTHOR Liberacion T. Paragoso is a native of the Philippines who has made her way to the United States as an immigrant, and who has become a proud citizen. Liberacion and her husband Diosdado make their home in Houston, Texas. She runs her own business and has raised two children, but has still found the time to work on her Masters degree in Economics and to become a C.P.A. When she can find the time she enjoys working on arts and crafts and is an accomplished needlewoman. (2006, paperback, 72 pages)