Can We Keep Them?: A True Story - eBook 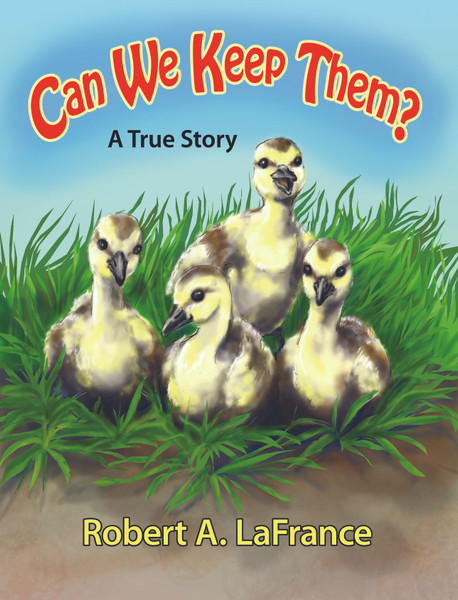 Can We Keep Them?: A True Story - eBook

Can We Keep Them?: A True Story

Can We Keep Them? A True Story is based on the true story of the time the author and his two children, Noel (7) and Carly (4), raised four baby geese that appeared in their yard by chance one spring. Since the author is a biologist and teacher, they had already had many types of pets, but the geese were the most unique.

As a result of being allowed to raise them to adulthood, both children learned about the responsibility of raising young wild animals, which eventually have to be returned to nature, where they belong. In addition, they came to respect and understand that we have a duty to learn about, appreciate, and be kind to animals, allowing them to live their own lives based on what is best for them. This allows all of us to see ourselves as being part of, and being connected to, nature.

Mr. LaFrance has always been interested in the natural world, and received his undergraduate degree in Biology at the University of New Hampshire and was given a teaching assistantship to Northeastern University, where he earned his Master's degree in Biology. His teaching experience spans 30 years at both the high school and college levels. He also played for years and is also a big fan of ice hockey, wherever it is being played. In his spare time, the author enjoys spending time outdoors, whether in the woodlands or on his boat at sea. He has explored many diverse places, from the Arctic to tropical rainforests, but his favorite activity has always been scuba diving, something he has done since a young teen. He has also spent extended periods of time at sea conducting marine science research. He hopes that young readers will develop an interest in science and enjoy all the things that the natural world and creatures have to offer us.

Can We Keep Them?: A True Story