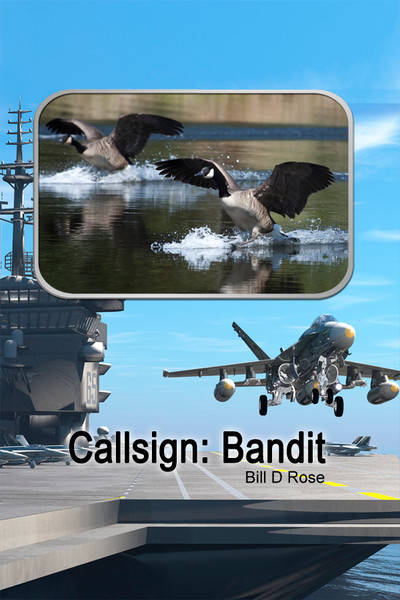 When Canada Geese Jewel and Igor decide to join the others migrating south for the winter, they have no idea that it’s the last long-distance trip they’ll be able to take. Luckily, they feel right at home in their new location and are able to start their own family there. Pretty soon, Igor is the town mayor, and everyone is interested in just what their son, Zeke, is getting into.

Zeke tries out for the Canadian Air Force, like his father before him. But he’s not sure if it’s quite the right fit. He likes a more daring lifestyle, and he certainly isn't one to take directions and fly along with the flock.

Zeke, now officially called Bandit, wants to do something more exciting. He is interested in entertaining others and being the star of the show. Follow along and see just what acts he performs—and the troupe he gathers to round out the show in Callsign: Bandit. You’ll be so happy that you did.

Bill D Rose is a retired entrepreneur, spending his time exploring writing and continuing to tell humorous tales. His first published book was a collection of stories about growing up in the simpler days of the 1950s and ’60s. While he enjoyed writing Callsign: Bandit—a real hoot—he has now started writing an action book named The Beachcomber, Adventures of Jack Mahan.