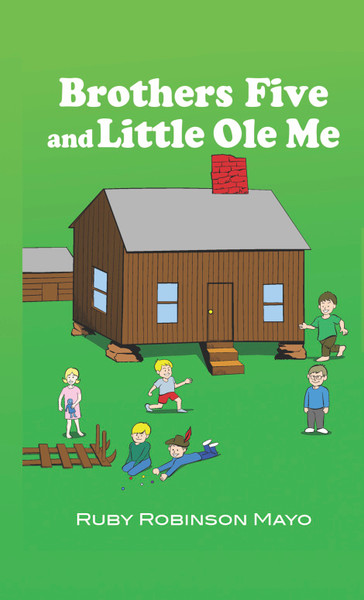 Growing up with five brothers was never going to be easy for little Ruby, but she quickly learned that it could be quite exciting. Along with her rambunctious brothers, Ruby grew up in the hollers of eastern Kentucky. Together, she and her brothers would get into all kinds of mischief, create new games to play, and even put out fires! But despite the occasional rowdiness, Ruby loved her brothers dearly, and together they made wild and priceless memories that would last them through the ages.

Ruby Robinson Mayo was born and raised in eastern Kentucky where she grew up in the “hollers” in and around Floyd County, along with her brothers Paul, Dean, James, David, and Michael. As an elementary teacher, Ruby often entertained her students with humorous tales from her childhood during Storytime. She dedicates this memoir to the family members she loves and the precious memories they share.

Brother Martin: The Saint Who Trudged Beside Me - eBook