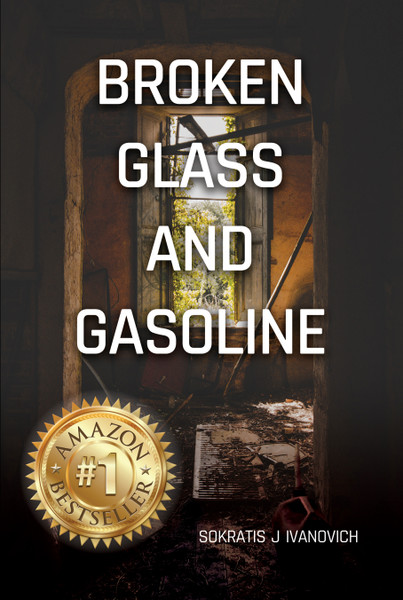 Broken Glass and Gasoline is a collection of poetry which Ivanovich wrote to comment on both society at large as well as the state of interpersonal relationships in the modern era. He also brings attention to the concept of the futility of modern consumer culture and romanticizes the concept of “pulling a Thoreau” in several pieces. Ivanovich hopes that readers will have an eye-opening experience and take pause and reflect on the way they develop themselves and view those around them.

Sokratis J Ivanovich was born in Brooklyn, New York, in the late 1970s to immigrant refugee parents.  Growing up, he enjoyed the arts and had the opportunity to perform in a youth choir as lead tenor.  As a young man, he joined the military to escape a city that was pricing out low-income families and he served in the nation’s capitol.  He now resides in Texas with his daughter, Violet, where after a long and fruitful career as a restaurateur and musician, he is pursuing a career in education and embracing his love of the written word.  He has a bachelor’s degree in English literature.

Of Visions and Dreams: For Her Daughters - eBook