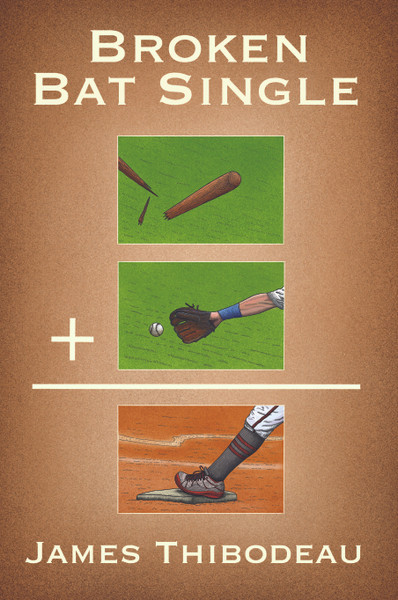 This daily journal tells the story of Dave Nichols, a veteran minor league catcher who finally earns a job in the major leagues when he makes the 1993 National League expansion team in Colorado at an age when most playing careers are ending. In a season full of losses, unexpected gains are made through his chronicling of its highs and lows, however.  Nichols' discovery of his talent for writing and the healing effect his son's birth has on his troubled marriage make the season memorable for him, even if play on the field is often forgettable.  The book's central message is one of gain arising from loss, which ought to be universally relevant.  We all lose more often than we care to, but some of our greatest gains could not have come about without losses.  The unique feature of Broken Bat Single is the combination of the historical events of the actual games of the 1993 National League season and the narrator's fictional team.  Author James Thibodeau simply hopes readers take pleasure from his words, whether baseball fans or not.

Broken to Be Unbroken - eBook

Through the Eyes of a Cloud: A Bedtime Story - eBook

Through the Eyes of a Cloud: A Bedtime Story

From David to David - eBook