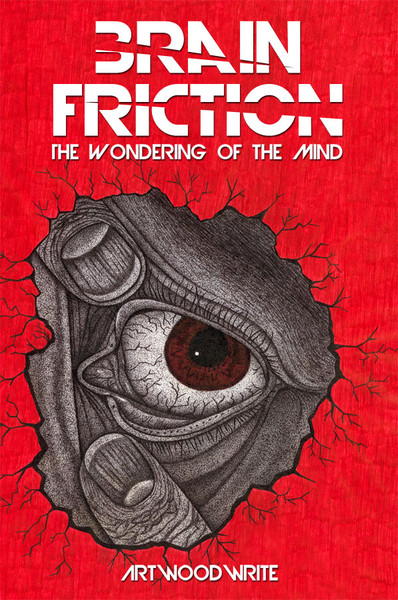 Brain Friction: The Wondering of the Mind
by Artwoodwrite

At a very tender age, Robbie Meyers saw his dads belligerent side. He saw him fight in bars, get really drunk and high, and disrespectfully treating police officers. Although he didnt spend much of his time with his dad after his parents divorce, Robbie grew up like him.

Later, his addiction to drugs and alcohol turned from bad to worse, and he often found himself in horrible circumstances, like waking up beside dead animals or even running his car over a corpse. He didnt know how it happened, but he knew that his blackouts made him forget what he did. It didnt help that he befriended Chaz and Rock God, his blood brothers, who not only sunk him deeper into his vices, but also led him to a life of crime. Rattled by self-doubt, guilt, and depression, he made some attempts to become sober, but, whenever he failed, he thought of killing himself. It was at these times that fate would somehow reconnect him with Chaz and Rock God. The three of them, together with their newfound friend, Junior, the ever-reliable drug supplier, Chucky Bear, and a guy named Brandon carried out a successful bank heist. Then he met Jessica.

Artwoodwrite was born in Holdrege, Nebraska. He is an artist, woodworker, and now a published author with his Brain Friction series. He has been a resident of Rhinelander, Wisconsian.