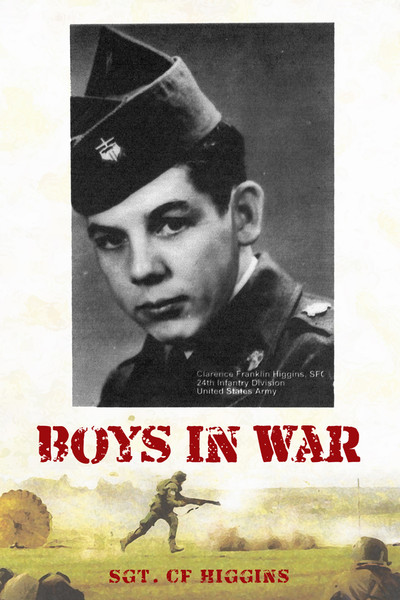 Do you know a young soldier who has sacrificed for our country? Ky was a young man who grew up in a coalmining town in Kentucky. He left home at the age of sixteen to join the army and escape the dangerous life of a miner. But the army proves to be no less dangerous. After demonstrating his mettle and leadership abilities, Ky is wounded in Korea. He is sent home because he is clearly underage, and he is assigned to Camp Campbell as a firearms specialist. It doesnt take long for the talented soldier to find his home within the army and to flourish as an officer.

But, Ky soon finds out that there is more to life than the army. He is troubled by nightmares of war, and he longs for his home in the peaceful mountains. Then, Ky meets a young woman who provides a love that he has been missing. As soon as he seems to be finding his way, the company must prepare to go back to Korea. Will Ky be forced to sacrifice again in service to his country? Read Boys in War by Sgt. Cf Clarence Higgins to find out.

Sgt. Cf Clarence Higgins was born in 1933, just after the depression. He was raised in Letcher County, Kentucky, the fifth son of Charlie and Roxie Higgins. He entered the Army at the onset of the Korean War, and this is where the story begins. All of his brothers are military men. His family has served with honor since the Civil War.