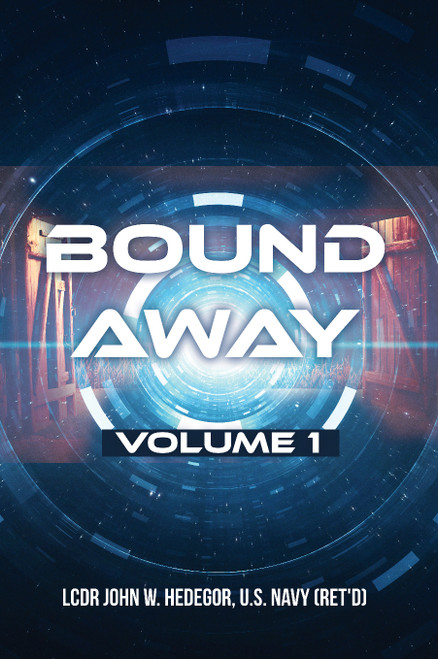 In John Hedegor’s sci-fi series, the first volume tells of Drew’s journey to another world, another time. After seeking shelter in a barn from a storm, Drew wakes up to realize that although it is the same barn he went to sleep in, everything else has changed drastically. In Bound Away, where science is true, Drew cannot return home until he has fulfilled his mission.

LCDR John W. Hedegor, U.S. Navy (ret'd) is the son of a Pennsylvania coal miner. He worked active duty in the Navy as a retrained Reserve Lance Corporal on the day John F. Kennedy was murdered. Hedegor’s career in the Navy included electronic training, nuclear enlisted training, and submarine training, serving in various surface ships at various stations. After the Navy, Hedegor received his degree in chemical engineering, and then married his wife and had three sons. After his sons were born, Hedegor worked as a school teacher and a lab technologist in a paper mill, before finally retiring.

The Ninth Circle: US Customs, Operation Calico, and Their Fall of the Cali Cartel: A Critical Interpretation of the Military, Law Enforcement, and Our Society - eBook

We Live to Love, to Hope, and to Laugh: Through Art and Words of Expression - eBook

The Crates of Life - eBook

Blocks of Time: How to block your time, achieve great success, and…have fun in the process! - eBook

A Hated Man: With No One to Blame but Me - eBook

The Extraordinarily Ordinary Life of Prince: Everybody's Good at Something - eBook