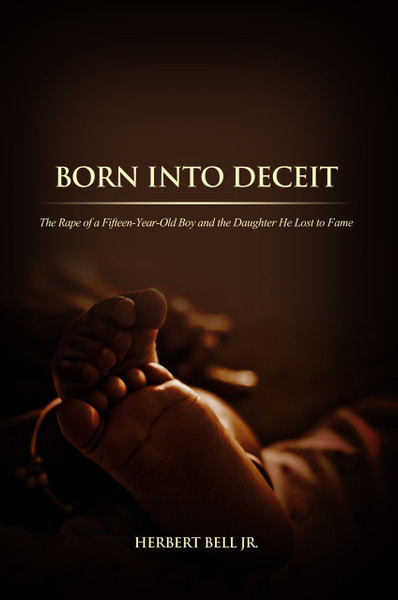 Born Into Deceit: The Rape of a Fifteen-Year-Old Boy and the Daughter He Lost to Fame
by Herbert Bell Jr.

A lonely new resident of Valdosta, Georgia, in 1969, Herbert Bell Jr. struggled to find his way in this new world. An upcoming teenage dance would help him find himselfhe just knew it. Great lengths of preparation would need to occur. He finally found the perfect outfit to wear and made sure all of his chores were completed in order to earn the finishing touch of a reward: Aunt Rosetta letting him borrow her car for the evening.

All of the excitement and expectations for the perfect evening were suddenly interrupted, however, when Herbert found himself the savior of two teenage girls who used him and his getaway car to escape a probable fight at the dance. As Herbert reluctantly helped the girls escape, he found out they were more trouble than hed ever think possible. That night, a fifteen-year-old boys innocence was taken as one of the girls forced herself on him.

Upon finding out that she had become pregnant, Herbert was shocked beyond belief but decided that as a good father, he wanted to meet and be a part of his childs life, only to find that the mother of his child played mind games and kept him from doing so.

Born Into Deceit is the true story of Herbert Bells heartache and disappointment as he spends his lifetime trying to connect with the daughter he never knew.

About the Author: A resident of Pemberton, New Jersey, Herbert Bell Jr. loves spending time with his family, especially his grandkids. He is a retired sergeant from the U.S. Army. Mr. Bells hobbies include sports, yard work, skydiving, hunting, and fishing. He also has special involvement as a veteran VFW.