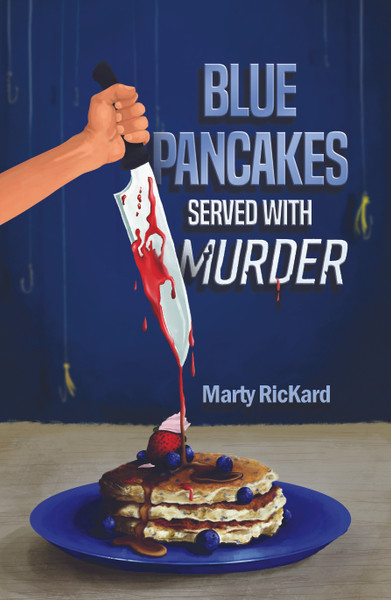 Blue Pancakes Served with Murder is a fast-paced, witty thriller with more twists than a corkscrew willow, and a flinty heroine who takes flack from no one.

As Doctor Lynn Riccardi struggles with a messy divorce and a bizarre malpractice suit, her son David is kidnapped, and her father is killed. Filled with rage, Lynn pursues the kidnappers, only to discover she has been lured into a deadly trap by her estranged husband.

This is Marty RicKard’s first novel, but he is no stranger to writing. He has written for five Iowa newspapers, was a technical writer for White Motor Company, and for a decade, he wrote a column in Professional Photographer magazine which has world-wide circulation. His work has appeared in many other national publications. He was twice named Top Iowa Master Columnist for his weekly syndicated article. In addition, he is a nationally known photographer and speaker.

What Are You Doing?