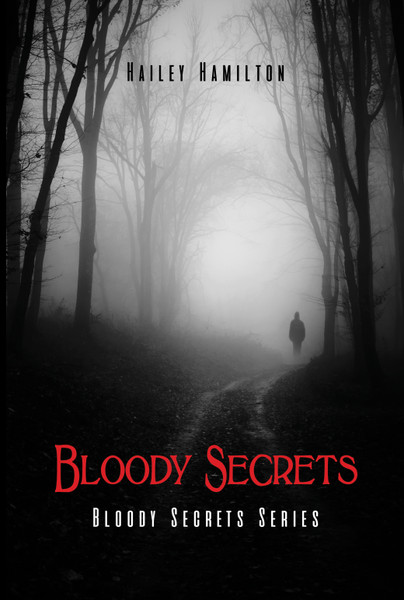 Two teenagers, intertwined by destiny... and blood. Audrey is a popular girl haunted by her mother's secrets. Shawn is an outcast still grieving his mother's murder. Their destinies converge when Audrey begins to receive mysterious threats written in red. As the threats escalate and the two discover more about their family histories and their own selves, they must also contend with their high school lives - and the feelings growing between them. When one is revealed to be a vampire and the other a powerful witch, they will confront their family's legacies and an ancient evil that killed someone each of them loved.

The first book in Hailey Hamilton's Bloody Secrets series, this novel sets the stage for a romance that may be fated by the heroes' family lines - and for a far bigger battle against a greater foe.

Hailey Hamilton is from a small town in Texas, the oldest of four children. Bloody Secrets began as a passion project during her sophomore year of high school. Now in school training for the health field, she has also put more focus on her writing in order to prepare Audrey and Shawn's story for publication.

Peg: A Work of Fiction

Let Me Remember This - eBook