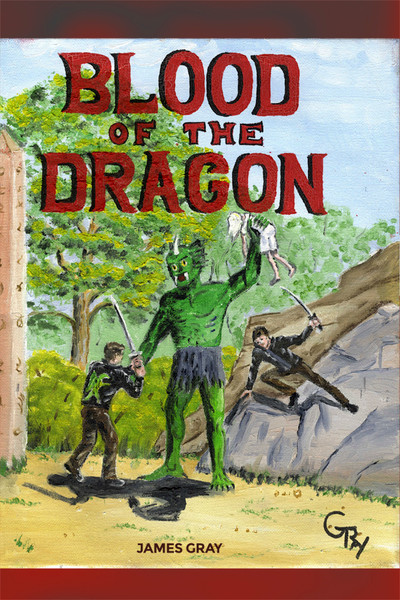 An epic battle has begun involving the fate of the universe. Demonic elements are determined to invade the world’s peaceful inhabitants, enslave and destroy them. These peaceful creatures—elves, dwarves and humans—are led by the two fighting “brothers” and weapons’ masters, Lui Chin and Garth Pendrake, heir of the legendary King Arthur. Can the forces of good defeat the cruel and powerful armies of evil, led by the ultimate evil demon, Dagon?

Read Blood of the Dragon and you will find out as you discover every twist and surprise in the elaborate diabolical plot, every flying kick and perfectly aimed shuriken and ultimately hope and romance in this most exciting of adventures.

From a young age, James Gray won art competitions. He paints and carves animals and has made model ships out of wood. Mr. Gray has built many houses, including two of his own. He loves to play sports, especially baseball and football. When he was younger he was able to run a hundred yards in 10 seconds flat and to lift cars—even from the front end. As he says, “I was unusually strong like my ancestors that came from Scotland, which also makes me a big fan of sword fighting.”