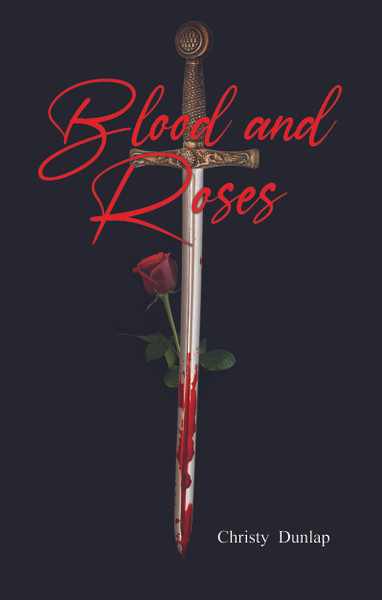 Blood and Roses begins with the kidnapping of twin babies, the murder of their parents, and the burning down of their farmhouse to cover the crime. “They” thought they had gotten away with their crimes until one loose end unravels a story of betrayal, murder, and deception.

“And in that moment, in his mind’s eye, Brice actually saw her. Not just her fiery red hair and bright green eyes, but the way she was dressed. Then he remembered something that disturbed him greatly. Layton had mentioned something about bounty hunters, and he was suddenly sure that the beautiful woman he’d just run into was a bounty hunter and that slight tilt of her head had been the realization that she had found him.”

Christy Dunlap resides in the mountains of Western North Carolina. She has a bachelor’s degree in interior design and specializes in cabinetry. She enjoys travel, mixed martial arts and spending time with friends and family.