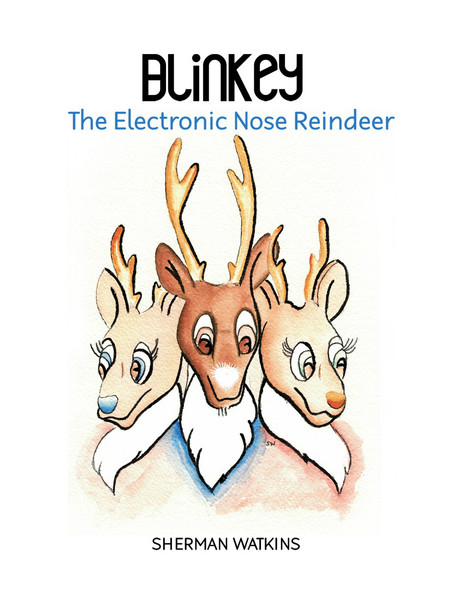 Blinkey and his sisters Marcie and Miracle are different than the other reindeer. Like their famous father, Rudolph, the three siblings have unique noses, and for that, they are bullied by their classmates. Can a visit from Santa Claus teach them that being different is what makes them special?

Sherman Watkins is a retired Air Force veteran who has spent a lifetime achieving his dreams. An accomplished artist, he’s collected 17 medals and has received two national honors for his artwork since 1958. Throughout his artistic career, he has painted nature, major African American events in history, and famous Americans. A Price for Freedom, his most recognized work, was included in “In the Spirit of Martin: The Living Legacy of Martin Luther King, Jr.” a traveling art exhibit sponsored by the Smithsonian Institute which toured the United States between 2000 and 2004. His recent project, The Village, was the winner of the 2013 National Veterans Creative Arts Festival. He began drawing at an early age, a creative outlet that helped him cope with feelings of stress and depression.

Watkins is grateful to his wife and other fans who have offered support and encouragement throughout his career and credits them for his success.