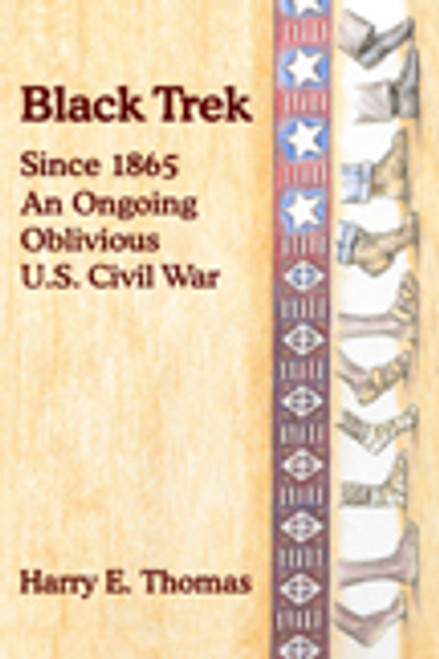 In a bold move, Harry E. Thomas puts forth the supposition that black Americans are just as guilty of discrimination as whites through the acceptance and tolerance and even encouragement of recognizing themselves as a separate race. He then issues a challenge to all Americans, black and white, to being promoting themselves as one race of one culture the American race in the American culture. Supporting his belief with historical facts, Mr. Thomas opens Black Trek: Since 1865 An Ongoing Oblivious U.S. Civil War by reviewing the blacks fight for freedom from the time of the Civil War, then goes on to discuss a black identity crisis caused by attempting to decide on an appropriate name to call themselves should they be blacks, Negroes, or African-Americans? Why not just Black Americans, asks Mr. Thomas. Why this need to separate ourselves based on race? He closes by issuing a new battle cry for a new fight, one which unites all Americans as one race the human race.