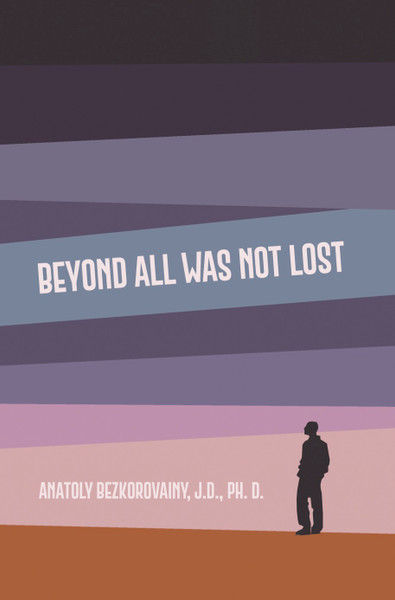 The much anticipated sequel to All Was Not Lost, Beyond All Was Not Lost takes readers back to the life of Anatoly Bezkorovainy during his years of travels and, finally, to his retirement.

Stories of his business trips to Europe to present papers at scientific symposia and private trips overseas to places like Russia and the Baltic Sea states are highlighted here, along with he and his wife’s life in Galena, Illinois, and Sun Lakes, Arizona, during this time.

This interesting account of Bezkorovainy’s life and retirement is a gift of remembrance to his descendants.

Upon learning of the downsizing/restructuring plans of Rush Medical College in Chicago, where he worked as a scientist/professor, Anatoly Bezkorovainy, J.D., Ph.D., decided to reroute his career and enter law school. After attending school in the evenings during this time, he graduated with a JD degree, passed the Illinois State bar exam, and began looking to a future in law.

However, at the same time, Rush Medical College made the decision to overhaul their curriculum and create a graduate college. Bezkorovainy was promoted to full professorship and assumed the title of Associate Chairmanship. He used his law training to develop a graduate-level course called Science and the Law, which eventually inspired some of the medical students to attend law school after graduation.

He retired from Rush in 2000 but remained on in a part-time capacity. At the age of seventy, he chose full retirement and a move to Galena, Illinois, where he and his wife lived for the next decade. After his wife, Marilyn, was diagnosed with Parkinson’s disease, the couple made the move to Sun Lakes, Arizona, to be close to their son, Alex, who teaches history at a local high school.