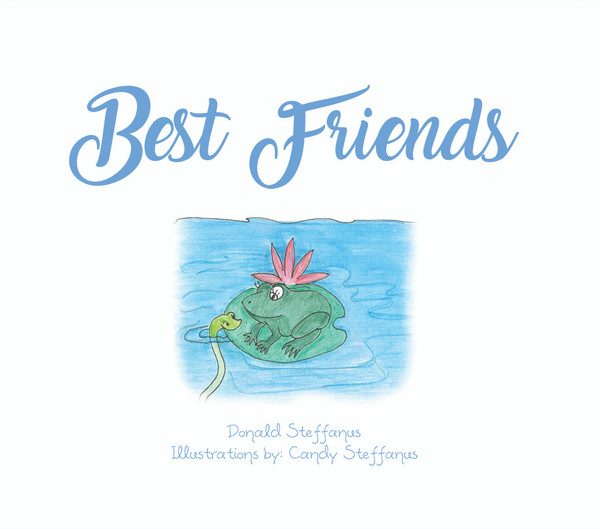 Best Friends is a delightful tale about two little animals—a little green frog named Hoppity and a little green snake named Slivers—who live in a pond on a farm. Join this pair of seemingly unexpected friends as the two little creatures find themselves on some unexpected adventures!

Donald Steffanus was born in McKees Rocks, Pennsylvania, on July 9, 1937. He attended the University of Maryland and Central Michigan University. He served in the United States Army during the Vietnam conflict and was awarded the Bronze Star Medal and various service medals. His first writing was published in Army in Europe in March 1966. In 2012 his book The Truck, which depicts some of the most unsavory aspects of corporate life, was published and achieved a five-star rating on Amazon.

Don’s wife, Brigitte, has been his best friend, soulmate, and biggest fan for over sixty-two years.