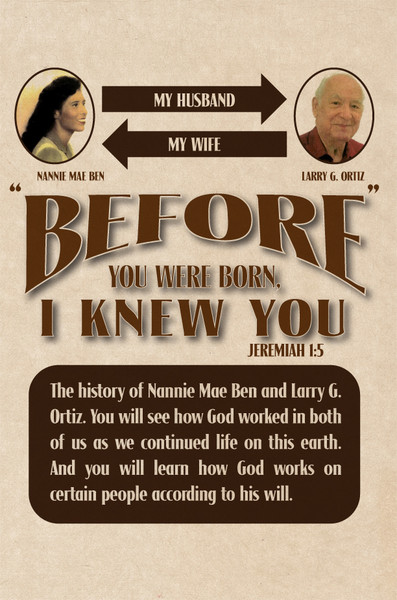 Larry G. Ortiz met Nannie Mae Ben when they were just teenagers, in the bustling city of Houston, Texas, in the 1940s. When he met her, he knew she was the woman of his dreams—and not long after, they were married in a courthouse and began a long life together, filled with struggles and celebrations, setbacks and salvation.

Finally, as Nannie neared the end of her life, they fulfilled their dream of founding their own church, the Phil.

Larry G. Ortiz is the pastor of Philadelphia Christian Church in Houston, Texas. He was born on February 2, 1929, in Austin, Texas. He and his late wife, Nannie, have five children and several grandchildren.

I Hear You - eBook

You Inspire Me, I Inspire You - eBook

Beagle on Board (HB)