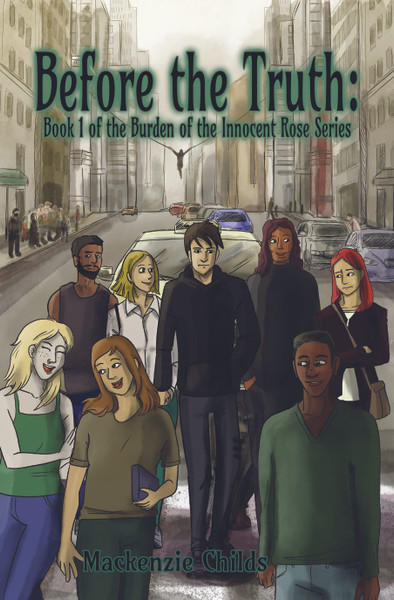 Before the Truth: Book 1 of the Burden of the Innocent Rose Series

Sometimes, you’re introduced to evil too early on in life, ripping your innocence and childhood away in an instant, forcing you to grow up too fast. True knows this all too well from the twisted past of his family, which led to his planned dark demise. Stuck living alone in a rotting apartment on the outskirts of New York City with nothing but his cigarettes, pistol, and thoughts, True’s fallen into evil’s plan for him perfectly. He’s living the same day over and over again, letting anything happen to him with no care of what the outcome will be.

In spite of the fact that True is a lone wolf walking through life carelessly, he catches the attention of a few caring people in the same boat as him, and with the help of a next-door neighbor and his young daughter, True soon finds himself pulled back towards the light with a second chance to start over, the right way … or so he thought.

Once exposed to the light, True realizes how comfortable he’s let himself become with the darkness and feels alienated around “normal “society, leading him to become trapped in his own mind, yearning for the comfort of something familiar. Eventually, something from the darkness within him hears this call and snaps. Now, True, has to face the repercussions of his past’s twisted secrets being uncovered by the light and learn how to live with something wanting to take his place.

Pushing past his abnormal secret, True rebuilds his life from the ground up, establishing Underworld Agency to help fix a broken society filled with money-hungry Elites that once held him-and so many of society’s lower-class citizens-down. Finally, True believes he’s found his purpose for this confusing life.

When a new threat arises, one much bigger than anyone anticipated, and challenges his Agency’s motives, True realizes he’s stepped into a battle lined with dirty tricks and secrets. And though True and the Agency do their best to stay out of the way of this new person of power, they realize his intentions are targeted directly onto them with no exceptions.

With the Agency’s original goals to overthrow the Elite society hindered by the influence of outside power, they now have to decide what they will choose to do to save the city-regardless of what it takes from them.

Mackenzie Childs is a South Texan teenager who enjoys writing, riding horses, and being with her family and small number of friends. She’s been drawn to writing ever since she was a little girl, though she often suppressed her gift of a raging imagination in favor of focusing her full attention on her education, horses, and family.

During the first COVID-19 lockdown of 2020, Childs began writing again. For her, writing is an outlet for self-expression and a safe space to go when the chaos of life becomes too much to handle.

Before the Truth: Book 1 of the Burden of the Innocent Rose Series - PB

The Sweet and Innocent Little Children's Book of Cannibalism - eBook

Before the Truth: Book 1 of the Burden of the Innocent Rose Series - HB