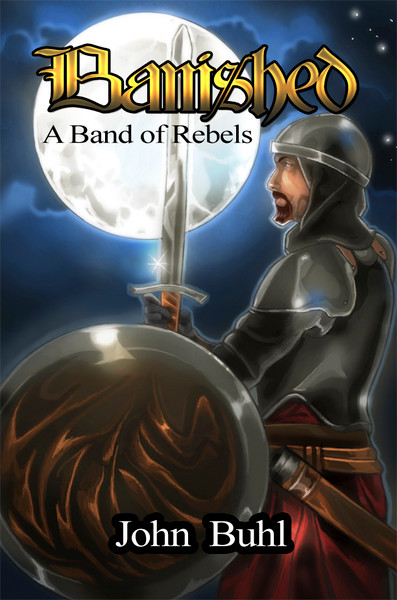 In the tradition of modern fantasy, Banished: A Band of Rebels follows a cast of diverse characters on their quest. This is a journey towards nationhood and freedom as warriors from different cultures and countries unite against a common foe – a tyrannical and false ruler.

When the world of Nuron was young, the Nine Gods made the men of Merth, who lived on Merth Island. The men lived in peace and they had hunts and tournaments. When King Joles the destroyer demanded that he have eternal life, the King of all Gods, Akthos, sent the Velez, the Arch Angels of the heavens, to drive the Merth from their home. Two thousand men and the six sons of Joremik went around the seas and settled in the lands of Swordfall, Abisar, Sargell, Bronmen, Mauslad, and Tevetdale.

Now, in the time of Banished the last in the line of the six fabled brothers will bring together and lead his band of rebels. Each of the rebels is the everyman. As the rebels quickly learn that none of them is perfect and that that right and wrong is separated by many shades of grey, their quest to instate a rightful king becomes one of immediate struggles amongst each other as well as a battle against the forces of their enemy.

In addition to writing, John Buhl also enjoys swimming and is a Boy Scout. Like the characters he creates, he spends a great deal of time in the woods and appreciates nature.