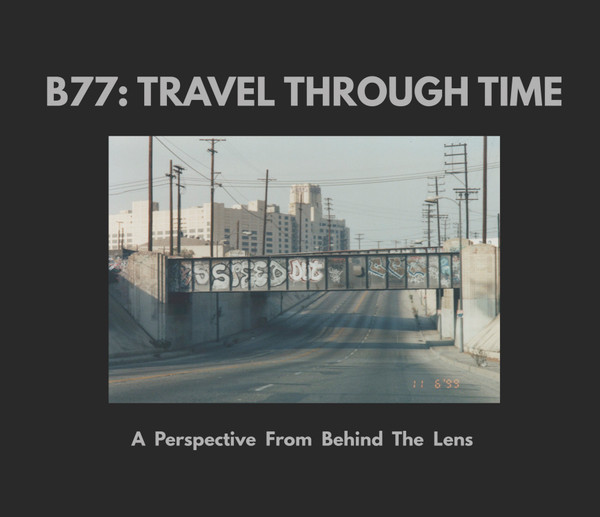 Brock spent his youth traveling through the West Coast, documenting his life as vagabond with his stolen point and shoot camera. He spent his days tagging, photographing his surroundings, his friends, and the art he saw on street signs, garages, and public buildings. He was fully immersed in the graffiti scene, an artist in his prime, until he went to prison in 2002 for a 10 year sentence.

When Brock was released, he emerged into a world much more accepting of graffiti as an art form. His friends, who’d kept him involved with the scene while in prison, had attained recognition and fame while he’d been locked up. But reentering the graffiti world, amongst his friends and the art he loved, he realized photography could immortalize the legends of graffiti. B77 is a collection of Brock’s photos of his life, art, and friends on the West Coast in the 90s. It gives an honest look not just at the art, but the people who made it.

Brock spends the majority of his time immersed in graffiti culture—whether it be creating his own art or photographing the work he sees. When he’s not increasing his encyclopedic knowledge of graffiti and the scene, Brock spends time supporting his friends and crew mates.