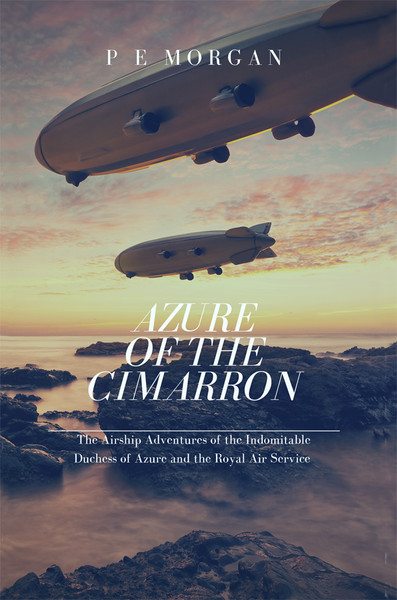 Azure of the Cimarron is set in a world that makes use of the full potential of discoveries made in the opening years of the 20th century. Lighter than air airships and steam powered conveyances are common place, while the Wright Brother’s first flight is remembered as nothing more than a historic curiosity. Against this backdrop, the story focuses on the adventures of Henrietta Whitfield, the future Duchess of Azure. She began her life as an American tomboy born to English parents living in New York. When her grandfather and uncles unexpectedly die, her father inherits a title. He became an Earl and his daughter, at twelve, became Lady Henrietta. The bright and inquisitive girl chaffed under restrictions placed on her by society. She remained determined to join the ranks of the great explores and even tried to join the Royal Navy. Her efforts to have a life of adventure were all in vain, until her fabulously wealthy American Uncle gives her the chance of a lifetime. Thanks to him, she gains an officers berth aboard his great new airship named the Lady Cimarron. Sadly, war in Europe erupts. In a desperate gamble to save Great Britain from invasion, the airship and Lady Henrietta are drawn into the service of the Crown. Danger, intrigue and romance will be her constant companions as her story unfolds.