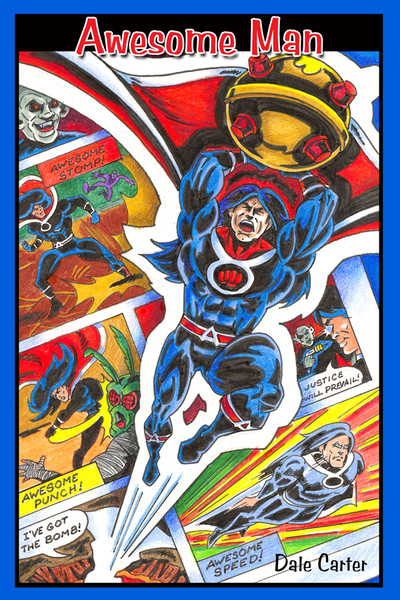 Dan Carson thinks he is just an ordinary guy. But one day, strange things begin to happen to him. His parents reveal to him an unusual story, and he discovers his true identity. He is Awesome Man!

Now the fate of Fatal is in his hands as he battles the likes of the evil Mr. Cruton. Luckily, Awesome Man has a vast array of super powers and is able to get out of every jam. When the people of Fatal are finally safe, Dan returns to his regular life. But he knows if danger comes again, Awesome Man will answer the call!

Dale Carter resides in Indianapolis, where he enjoys swimming and video games. His love of superheroes inspired him to create his own character, and Awesome Man was born.