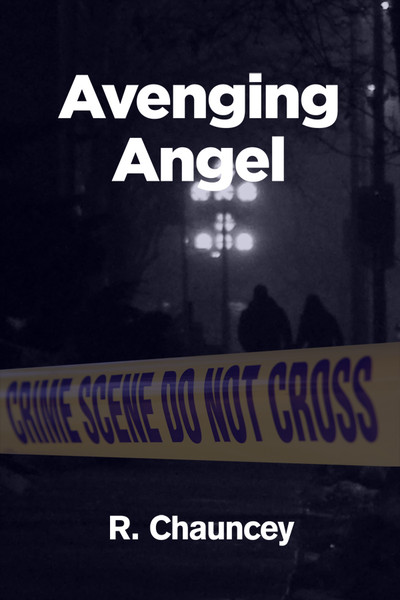 Revenge can be stealth, but it can never be concealed.

Eternally tied to his wheelchairthis is what has become of Derrick Whittier after being shot by a street drug dealer twenty years ago. Since then, he has been deprived of many things: the ability to walk, to see life positively, and to have an erection. But he still has something that can never be taken from himhes still the number one genius in computer science the world over.

The death of four drug lords and their bodyguards alarmed Sand Vale one morning. Detective Lee and his assistant, Shannon, set out to find the killersomeone with superhuman abilities. But its not the normal murder case they have handled in the past; they were playing with a god and his creation.

Avenging Angel, by R. Chauncey, leads readers to twisty discoveries in finding a murderer in a computer-dominated world.

R. Chauncey was born in Chicago, Illinois, and worked as a history teacher in high school. Now retired, he enjoys writing stories as well as reading about history.