Autobiography of James Oyer, Was a ERIE-Lackawanna, ConRail Conductor, Went to Hell and Back Because of Three Bad Train Wrecks 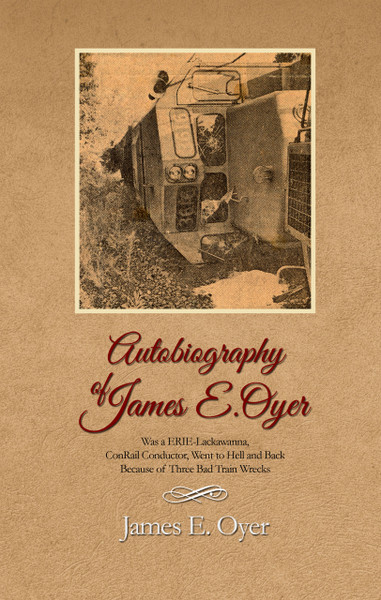 Autobiography of James Oyer, Was a ERIE-Lackawanna, ConRail Conductor, Went to Hell and Back Because of Three Bad Train Wrecks

Autobiography of James Oyer, Was a ERIE-Lackawanna, ConRail Conductor, Went to Hell and Back Because of Three Bad Train Wrecks
by James E. Oyer

Three train wrecks occurred in three different years: 1962, 1969, and 1994. There had been different train accidents that happened throughout the years, but what made these three train wrecks significant is a man named James E. Oyer. He was on duty as a brakeman and later as a conductor on those Erie-Lackawanna and Conrail trips.

Oyer relives his gut-wrenching story of the catastrophes as he and the rest of the crew tries to make it out alive. He also reveals the reason why it happened. Was there a mechanical failure? Was it just wrong decisions? Or was it simply negligence?

The three tragedies drastically changed his life. Oyers traumatic experiences led to his early retirement at age fifty-two, as he was too fearful to ever work on a train again. He was later diagnosed with paralyzing anxiety, which he overcame in 2005, and posttraumatic stress disorder, which he had to deal with for the rest of his life.

About the Author: James E. Oyer worked in the railroads for Erie-Lackawanna and Conrail Railroad for thirty-five years. He currently resides in Island Green, Myrtle Beach, South Carolina with his wife, Charlotte.