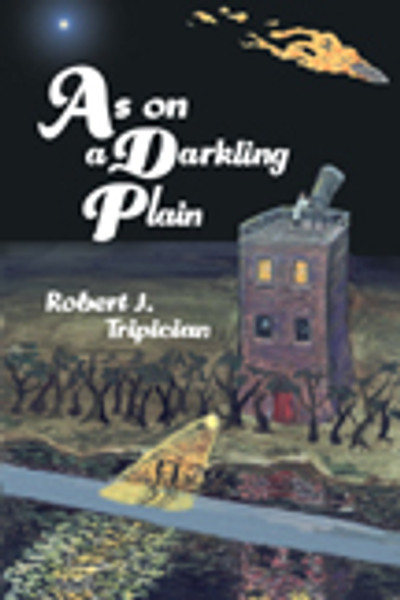 by Robert J. Tripician In the early days of human beings living in space, space engineer Dave Mantell finds that personal greed still takes precedence over safety and unlimited opportunities for experimentation and exploration. Under the guise of being asked to take on some special projects on behalf of his employer, Space Corp, Mantell agrees to use his extensive contacts and check around to find out who might be trying to sabotage the delicate relations between Mother Earth and her space outposts. In the course of doing so, he makes new friends and develops a love interest; however, everything he does is overshadowed by the twisted and turning trail he is following, as well as the importance of keeping himself safe while dodging repeated attempts on his life. With imaginative foresight, Robert J. Tripician has penned a suspenseful and engaging science fiction novel in As on a Darkling Plain. About the Author: After his service in the U.S. Navy in World War II, Robert J. Tripicians early career included over fifteen years as a field engineer, about four of which he spent overseas, often living out of a suitcase for six months at a time. Later, he worked for the Department of the Navy as an Electronics Engineer, traveling frequently both overseas and in the U.S. (2003, paperback, 206 pages)

Basking in a Plains Foundation - eBook

Basking in a Plains Foundation