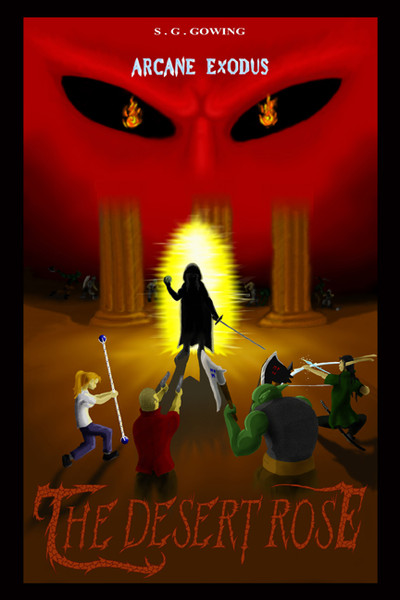 by S.G. Gowing Ria was a seemingly normal teenage girl who knew nothing of the struggles of the world before her mothers friend discovered the powerful Orb of SxCree and brought it into Rias life. Slowly her life began to change as more and more strange information was revealed to hershe had a connection to the orb, one that was strong and everlasting. Soon Ria was thrust into the world of orcs, elves, dwarves, and other beasts, as she learned her identity as a Kaeyralei, a warrior whose superior skill comes from the choosing of a weapon, and set out on her task to fight the evils of other worlds. Along the way, she meets a number of surprising allies who help reveal her role in the prophesies of SxCree. Will Rias struggles and triumphs prevent the powerful Dark Lord from returning to earth and dominating the human race? Read Arcane Exodus: The Desert Rose, a wild story of fantasy and triumph by S. G. Gowing, to find out. ABOUT THE AUTHOR A native of England, S. G. Gowing has lived in Victoria, Australia, for the past twelve years, where he spends his time working tirelessly on the Arcane Exodus universe. Arcane Exodus: The Desert Rose was born from his passion for fantasy novels and his desire to combine traditional fantasy elements with modern-day technology. (2008, paperback, 200 pages)