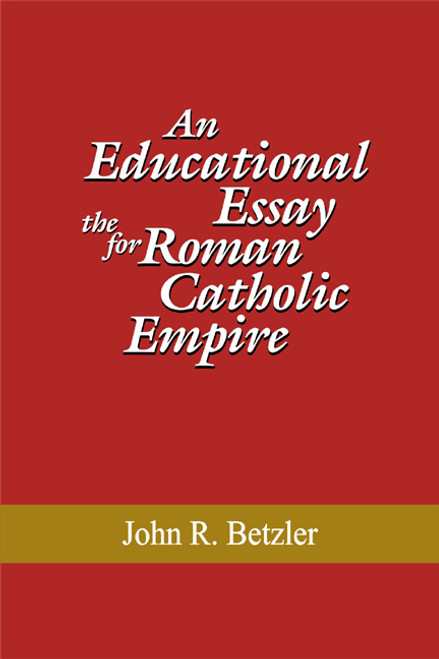 by John R. Betzler Once again John Betzler takes up his vitriolic pen and gives us his sardonic take on Catholicism. He not only condemns the hierarchy for cynically exploiting the ignorance of their parishioners for financial gain, but he suggests that the monetary demands the church makes may be covering up an accounting scandal of Enron-like proportions. He chides the Vatican for condoning priestly sexual abuse, and infers that the compensation of the victims may be contributing to the papacys fiscal problems. ABOUT THE AUTHOR A private entrepreneur, John R. Betzler is a 1950 graduate of George Washington University, and he pursued post-graduate study in physics, mathematics, and engineering at the University of Virginia, as well as American University. He also served in the U.S. Army and is a licensed commercial pilot. The father of two sons, Mr. Betzler enjoys reading, boating and poker. Mr. Betzler has also published The Beginning and End of the Catholic Empire: The Rape of the Altar Boys and The Beginning and End of the Universe, both available from Dorrance Publishing Co., Inc. (2004, saddlewire, 24 pages) Availability: Usually ships in 2-3 business days.
×